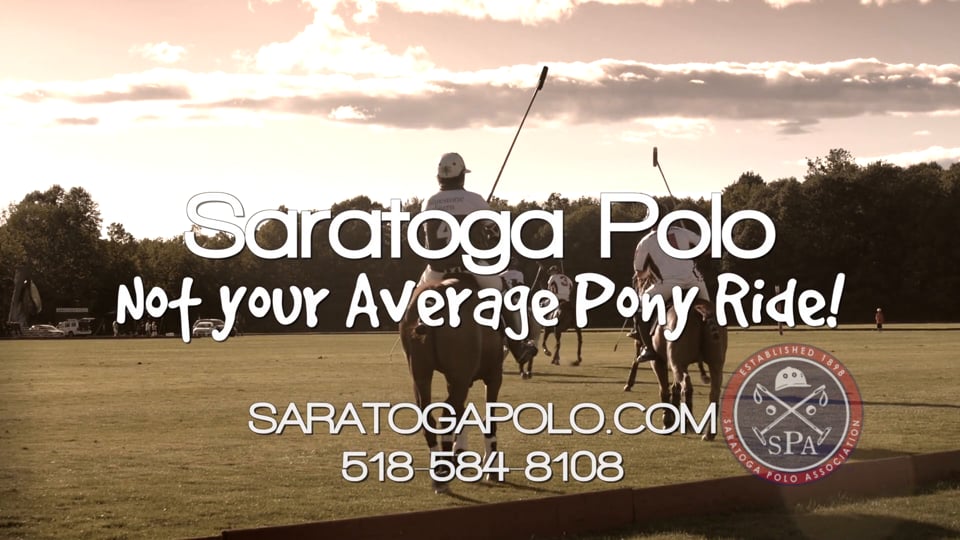 Here is a 30 second tv spot that was recently created for Saratoga Polo Association that debuted on Time Warner Cable Sports Channel during a polo broadcast. The purpose of the commercial is to spread awareness for the upcoming Saratoga Polo season and bring fans to the matches.

The footage was filmed at a previous Whitney Cup and it was fun to be given creative reign to pack the clips into a 30 second window to convey the message that the client wanted to get across.

If you haven’t been to a polo match before and are curious about what it’s like, then click play!