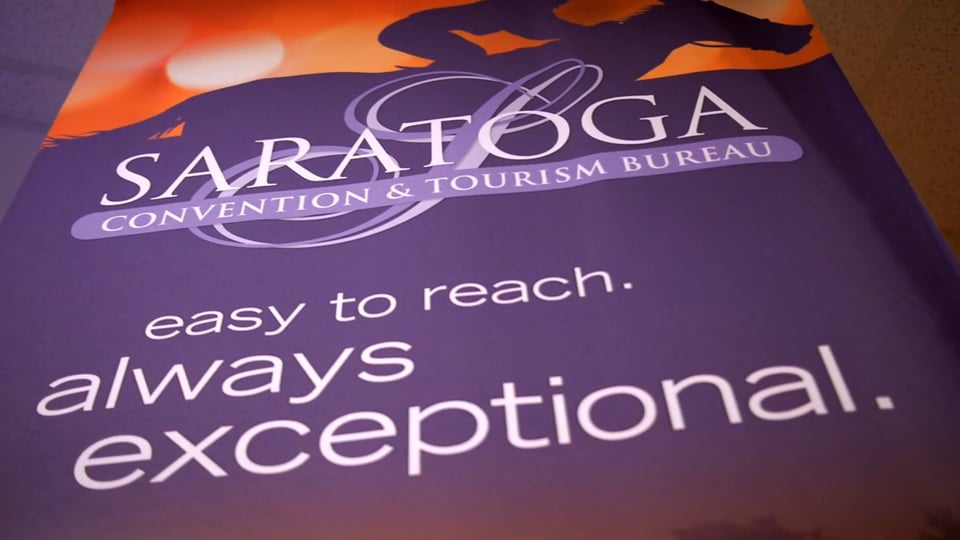 As a member of the Saratoga Convention & Tourism Bureau, I am proud to have been given the opportunity to produce a video for the organization. When I was a student at Skidmore College, I would sometimes think about how so many businesses in the hospitality industry could manage to thrive in Saratoga yearlong despite the race track being open for just a short part of each year. In the years since graduation, its become much clearer how the hotels stay booked, and I’d say that the Saratoga Convention & Tourism Bureau plays an important role. The organization informs businesses and people at both a local and nationwide level of all of the happenings and attractions of Saratoga. It also facilitates meetings, conventions, weddings, sporting events, and also helps bring in tourists yearlong, which translates into more economic opportunities for local businesses and residents of the community.

The purpose of this video is to promote the bureau itself and show the benefits of being a member of the organization. I can personally attest that the organization does an excellent job at promoting its members. Also, each staff member of the bureau that I’ve come across has always been very amiable and pleasant to chat with. I’d definitely recommend to local businesses that aren’t currently members to definitely check out the bureaus website and/or speak to a staff member to see if it’d be a good fit, and of course to also check out this video ;-).

To view the video on the Saratoga Convention & Tourism Bureau’s YouTube page, go to: https://www.youtube.com/watch?v=yLITiOpiNh0&list=UUuzG36-xL6nzEIFzfV65c4A

Thanks to the Interviewees:
Charles of Stone Industries

Joanne of Holiday Inn of Saratoga

Dan of Embassy Suites of Saratoga