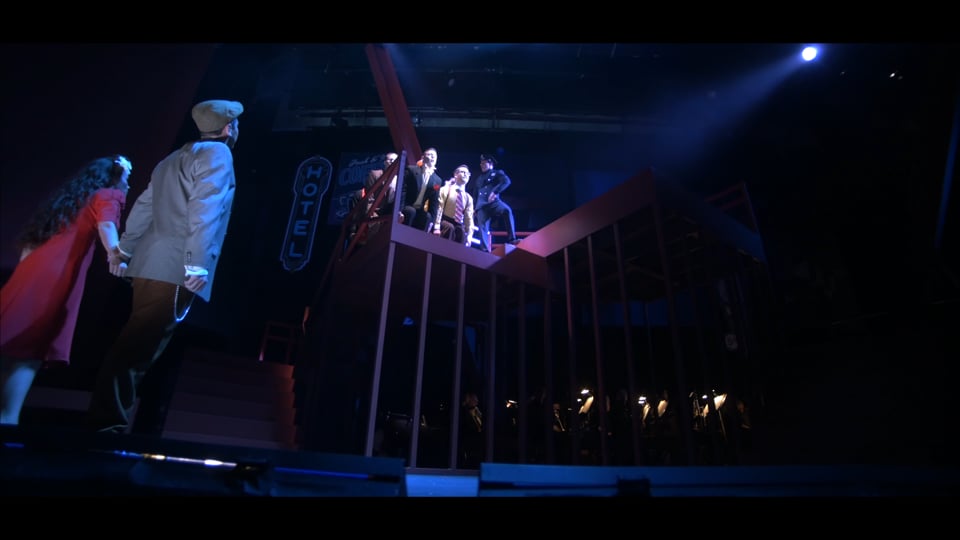 The style of Falstaff was pretty much how I’d envision a classic opera to be and it was filled with many humorous slapstick moments.

I learned that Zémire Et Azor was one of the first operatic adaptations of Beauty and the Beast, and it was truly a blast to record. Like the movies, it was a heartwarming tale and the performers did a great job of adding humor throughout the entire show. I agree with the people in the testimonials that the use of the rotating set and the design of the beast costume was really creative. It was a play that people of all ages could enjoy and I’d definitely see it again!

The Cradle Will Rock had a more serious overtone to it than the other two operas, but also had plenty of lighthearted moments throughout. It was interesting to learn that Opera Saratoga’s rendition of the play was pretty historic because it was the first time in 57 years that it had been performed with the original orchestration. Some of my favorite elements of the play were the catchy and jazzy songs.

It was fun to interact with and hear the reactions of the opera patrons and I’ve also gained a true appreciation for how talented the performers that Opera Saratoga brings in are.

The video featured at the top of this post is of The Cradle Will Rock. Zémire Et Azor and Falstaff can be viewed at the bottom of this post and all of the videos can also be viewed on Opera Saratoga’s YouTube channel at: https://www.youtube.com/channel/UC3IRWoyjDcSvkMcBeBGRPmQ.