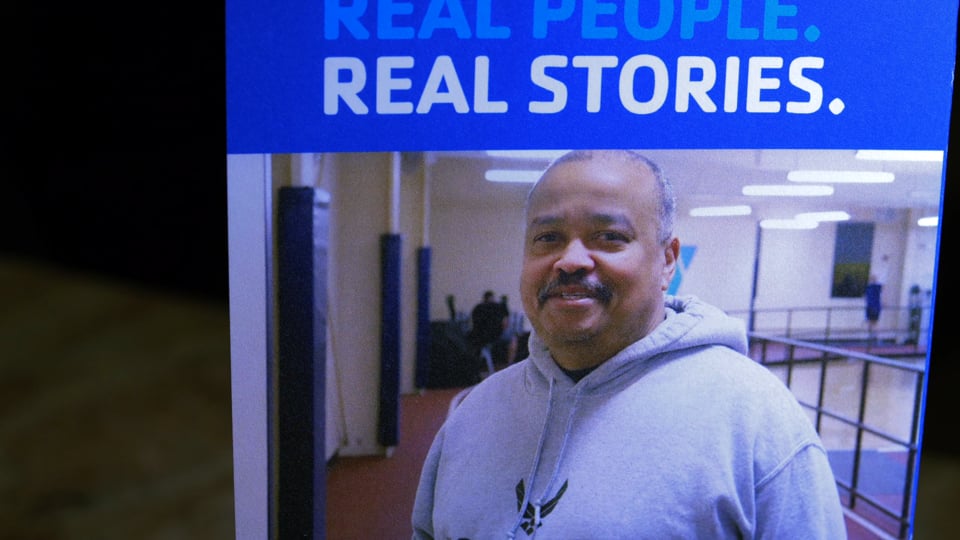 Here’s a video that was produced for the Saratoga Regional YMCA (SRYMCA)  for its annual fundraising campaign. In it, Joe, tells his story of how a couple of years ago he experienced a series of obstacles in his life within a short timespan, and how the SRYMCA’s financial assistance program helped get him back on track. Joe’s challenges started with a diagnosis of diabetes, which left him one line away on a vision test from being legally blind. He subsequently lost his job because he could no longer fulfill his duties do to his loss of vision, and as a result of that, became homeless. After moving into a local veterans shelter, he was put on medication for diabetes, high blood pressure, and  high cholesterol. At the shelter, he learned about the financial assistance program at the SRYMCA, and soon applied to the program in hopes of getting his health back on track.

Joe was accepted into the program and soon started working out on a regular basis at the SRYMCA. As a result of working out, his blood sugar levels recovered, he no longer had to take heart medication, and his  blood pressure went down to a normal level. On top of that, he’s now working full time, is living in a new apartment, and  has also made lasting friendships at the Y.

Just like last year’s fundraising campaign videos, it was great to hear a real life story of how the SRYMCA has helped transform the lives of people in the Saratoga community. I wish Joe continued good health and prosperity.