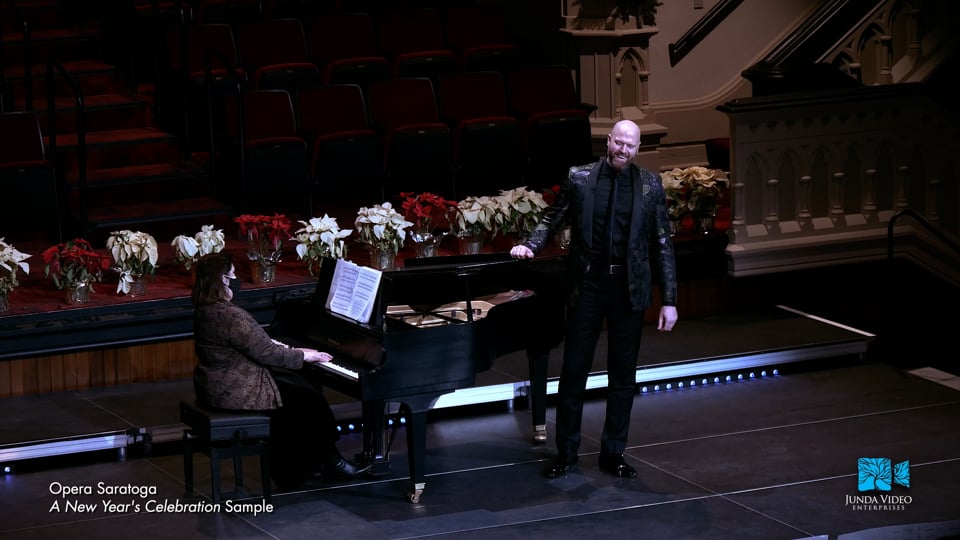 Opera Saratoga had planned to host a free live concert performance by Zachary James at Universal Preservation Hall (UPH) in Saratoga Springs on New Year’s Eve, though with the spread of the Omicron variant, they made the tough, but pretty necessary decision to cancel the in-person portion of the event. They did, however, decide to continue with the performance  in a video recorded format, so that people would be able to view the show from the comfort of their homes.

Here’s a  brief segment of the performance, where Zachary is accompanied by Laurie Rogers on the piano, singing “Pure Imagination”, which many people, including myself, remember from the film Willy Wonka & The Chocolate Factory. Zachary has performed on Broadway and played Don Quixote in Opera Saratoga’s 2021 Man of La Mancha. I’m glad to have had the opportunity to play a part in giving people the chance to view the performance of the talented artist .