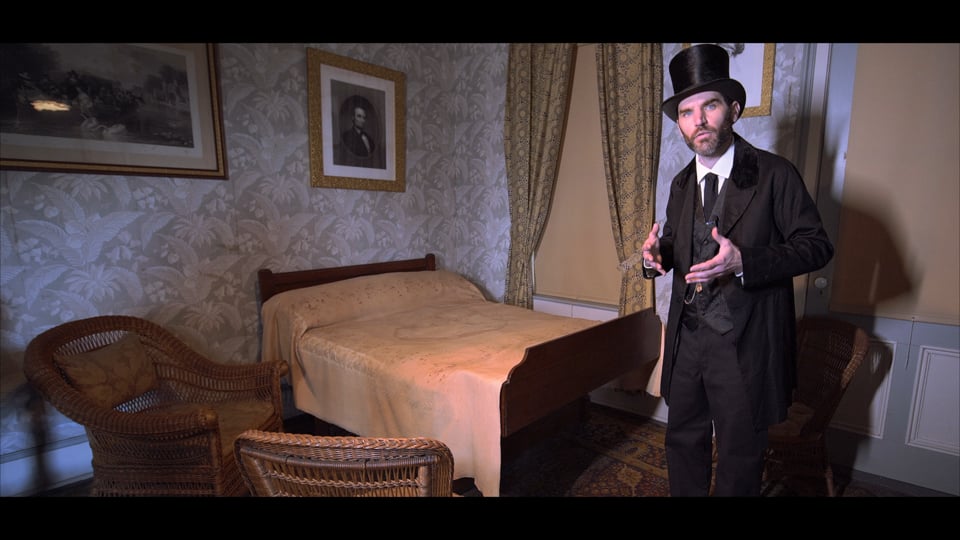 I enjoyed filming  at Grant Cottage on Mount McGregor in Wilton, NY for a virtual video tour that the Friends of Grant Cottage wanted to create for people unable to attend the cottage for an in-person tour. Before being contracted to do this project, I actually didn’t know that this historic gem, where Ulysses S. Grant spent his final days, was located so close to where I lived. General Grant was a key figure in leading the Union Army to victory in the American Civil War under Lincoln’s presidency, and later himself became the 18th President of the United States.

I learned a lot of interesting facts about this war hero and president while filming the virtual tour. For example, late in his life, Grant found himself nearly broke because a business associate had lost his money in a ponzi scheme, and on top of that, was battling throat cancer. His friend, Mark Twain, wanted to help him out and offered Grant a substantial royalty percentage to publish his memoirs, which Grant accepted. Grant began the writing process at his home in New York City, though to escape some of the summer heat and humidity, as well as get some fresh air, he made his way upstate to a family friend’s cottage on Mount McGregor, which is now known as Grant Cottage. In 1885 on July 23rd, at 8:08AM, just a few days after finishing his memoirs, Grant passed away. The Personal Memoirs of Ulysses S. Grant  was both a critical and commercial success, and his surviving family was well taken care of after its publication, which was the hope of General/President Grant.

From working on this project I’ve gained a deeper appreciation towards Grant, as he seemed like a humble everyman trying to do the best he could to help his fellow citizens and country out. I think a nice testament of his character is the fact that generals from both the Union and Confederate armies came together and served as pallbearers at his funeral.

In this short segment, the Grant Cottage Operations Manager, Ben Kemp, gives a tour of the cottage as Ulysses S. Grant’s eldest son, Frederick, and recounts the final hours of General/President Grant’s life.