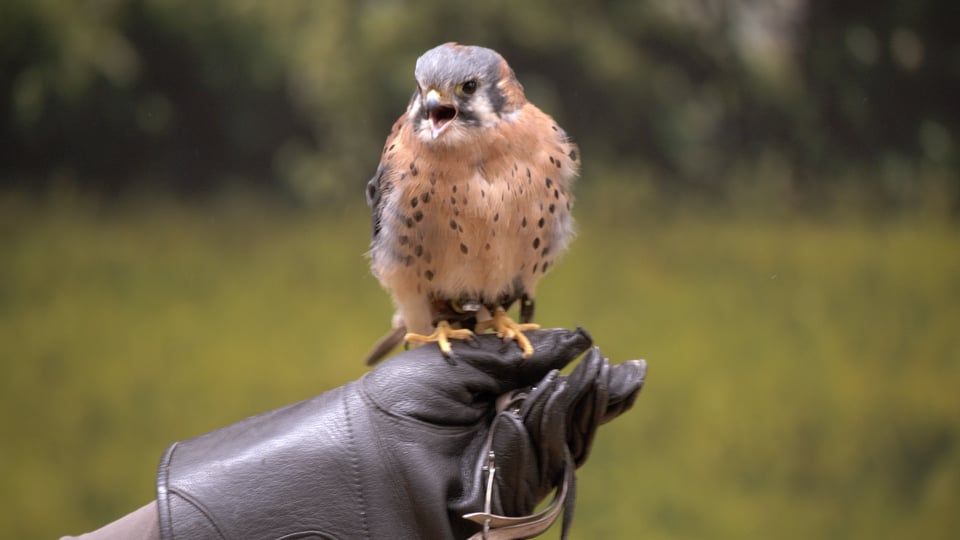 The annual Winter Raptor Fest hosted by Grassland Bird Trust typically attracts thousands of bird enthusiasts to the Washington County Fairgrounds, though holding this year’s event in the same fashion as previous years obviously wasn’t an option because of the pandemic. Rather than cancel the event, it was decided to limit the attendance to under 30 attendees who purchased premium tickets, and hold the event in a pay-per-view virtual format for others who wanted to view the programs and support Grassland Bird Trust’s land conservation efforts.

It was a fun experience to be there to record the event, and it was also a pleasure to co-produce the virtual video with  a fellow video production company based in Saratoga Springs, Look Media, which specializes in current event interview news pieces. I filmed the event alongside Dayna and Jack from Look Media, and Look Media’s owner, Jesse, helped direct the event.

Included in this post are small portions of the American Kestrel segment and Harris Hawk demonstrations.

100% of the funds generated from the annual Winter Raptor Fest including this one go to conserving grasslands, and I wish Grassland Bird Trust continued success with its events.

To learn more about the Winter Raptor Fest, visit https://winterraptorfest.com.